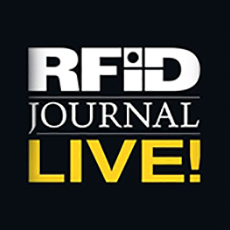 Since the beginning of 2022, a new Questec RQS-V sheeter has been added to the paper converting equipment of DREWSEN SPEZIALPAPIERE GmbH & Co. KG, based in Lachendorf near Celle. It also houses another, smaller Questec sheeter and a large SHM sheeter, both also from BW Papersystems. In this final interview, the third since the installation of the smaller Questec sheeter in 2021, Dr. Matthias Rauhut, CEO of DREWSEN, reports on short ramp-up curves, exceeded output volumes and excellent product quality, but also on further optimization potential and his company's consistent trend towards sustainability.

Dr. Rauhut, in the interview at the end of January 2022, you spoke about high expectations for the new, customized Questec sheeter. Have your expectations been met?
Indeed, I can really say that our expectations were met without any ifs and buts. After all, our team was already quite well trained on the small Questec machine, so we were able to achieve an exceptionally good and fast ramp-up curve with little need for training. Our operators are also very satisfied with the sheeter, especially because the improvement ideas they suggested on the smaller sheeter have been consistently implemented on the wider machine. This is a huge motivation for the team - in addition to the machine running well.
What were the improvements compared to the small Questec line?
For example, I know of an extra screen that was added to show the image of the cut mark, thus enabling better quality control. And at the unwinding station, the adjustment was changed from manual to motorized after a suggestion from our operators - this of course simplifies and speeds up the work there considerably. Noise and waste heat were reduced by decentralizing the suction and blowing air blowers, thus improving working conditions for the operators at the sheeter. For me, these examples show once again the great cooperation between DREWSEN and BW Papersystems.
There is always room for improvement. But even now, BW Papersystems quickly implemented minor requests and discussed ideas in a spirit of partnership. This works really well - the BW Papersystems team is already part of the DREWSEN team!
We are pleased that your team is so satisfied with the new sheeter from a technical point of view! What about the production volume and product quality?

At around one ton per hour, the machine actually produces more than we expected. That is very satisfactory. And it's also stable throughout, in five-shift operation around the clock. But we shouldn't forget the quality either, it really is fantastic! The stacking quality and format accuracy are excellent, we have had no complaints from our customers, so we are also very satisfied from a quality point of view. It was important for us to maintain our high-quality level, and we can say quite clearly that we have achieved this.

In the last interview, you said that many security papers in particular had been shifted from the SHM sheeter to the Questec sheeter. Has the occupancy of your sheeters changed again as a result of the installation of the additional, wider system, and if so, how?
All security papers are now run either on the new line or on the small Questec sheeter. It makes sense that we have completely removed the security paper from the large SHM sheeter, since these papers are run in a single lane with watermark detection anyway.

What we had planned for other products was to divide larger jobs requiring a total of seven rolls between the SHM and the Questec sheeters. In other words, six rolls for the SHM and one roll for the Questec sheeter. This has not yet worked so well in practice. However, this is actually more due to the current market situation - because we are still being overrun by orders. So far, we simply haven't had the time to tackle more improvements. We were and are too busy processing orders quickly and getting them to the customer as quickly as possible. That's a pity because we clearly haven't yet reached the end of our internal improvement potential.

This is understandable. Estimating when these improvements can be addressed is probably difficult.
Correct. On the one hand, our team still needs a little more experience on the new equipment - we also have some completely new operators who have not been on the small Questec sheeter before. The more experienced the operators are, the faster the reel changeover from one grade to the next will work. On the other hand, it takes rest and time, and not this flood of orders. We are currently operating at a very high demand level, but also at a very high price level. In my estimation, this will drive the issue of digitization, so that demand will drop again. But no one can say when that will be the case. At the moment, we're not feeling any of this yet, but I expect it to happen. And then we will also have time to tackle other efficiency issues.

One of your expectations was indeed a further increase in efficiency in the equipment - 10% could already be achieved with the small Questec plant, after all.
Yes, we are clearly counting on that, because many things are simply not yet as efficient today as they could be. What we can say, however - and this is again a compliment to BW Papersystems - is that our expectations for output with the large Questec sheeter have been exceeded by 10%. Our target was 900 kg per hour, and we actually achieve 1000 kg. On many days, the sheeter manages well over 20 tons. This means that we have achieved an efficiency increase of 10% with the Questec alone. However, the effect of the smart combination of the sheeters has not yet been taken into account. That is the future.

DREWSEN is thus well positioned for the future in its paper converting equipment. The topic of the future plays an important role for DREWSEN in many aspects.

With the three sheeters, we feel really well positioned. The future is indeed an important topic for DREWSEN in many aspects - be it with new products such as drinking straws made of paper or sealable papers as a replacement for plastic bags. Sustainability is a topic close to our hearts. That's why we have just invested in three wind turbines and are planning to expand a photovoltaic footprint. As an energy-intensive company, locally produced and renewable energy plays a particularly important role for us at the moment. Our goal is to achieve climate neutrality by 2045, and we want to be 80% of the way there by 2030.

So there are many projects we are working on. The project to increase efficiency in paper converting equipment was a smaller one in comparison - nevertheless, we are very pleased with the successful implementation thanks to Questec technology and the teamwork between everyone involved at DREWSEN and BW Papersystems!

Thank you very much for the concluding conversation, Dr. Rauhut, and all the best for the future!

Sep 30, 2022
We’re thrilled to have partnered with BW Papersystems on this project. BWP’s first-rate products, and the fact the machine was built right here in Wisconsin, made them the obvious choice for this capital investment.
Scott Monnot, VP & General Manager, Sheboygan Paper Box Company, Sheboygan, WI, USA